Innovating Our Way to a Green Sailing Industry

Innovating Our Way to a Green Sailing Industry

Reducing the emissions is essential to transition to sustainable sailing so we can continue to enjoy being out at sea without harming the marine environment. Technological advancements are constantly being developed, allowing us to move closer to a ‘green’ yachting industry. And even though we should not rely solely on technology in the pursuit of sustainability, it can definitely aid us tremendously.

Here are a few of the recent technological advancements that have been implemented to make yachting greener and could aid you in your transition to sustainable sailing. 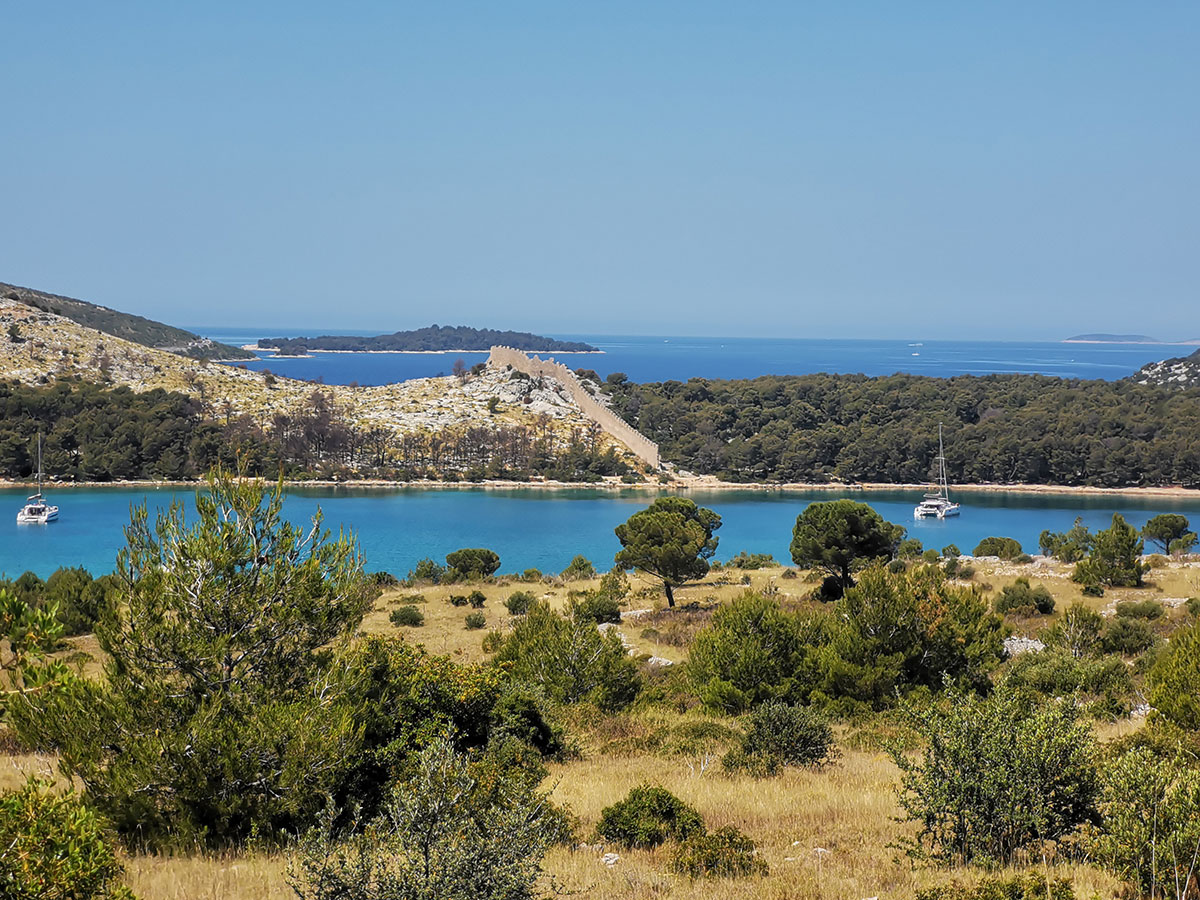 One of the prime considerations when it comes to “greening” the yachting industry is the type of propulsion system that is being used. The options include everything from diesel and diesel-electric systems, to liquefied natural gas (LNG) or even fuel cells, through to battery banks backing up the on-board electricity grid.

The electrification of vessels seems to hold great potential for the future of the yachting industry, seeing as the number of all-electric and hybrid vessels has been increasing steadily for the last few years. Having a battery system on board can have many benefits, such as reduced emissions, less noise and vibration, lower maintenance and fuel costs, and compliance with environmental policies. However, it can be a difficult and complex task to add a battery system into an existing vessel. 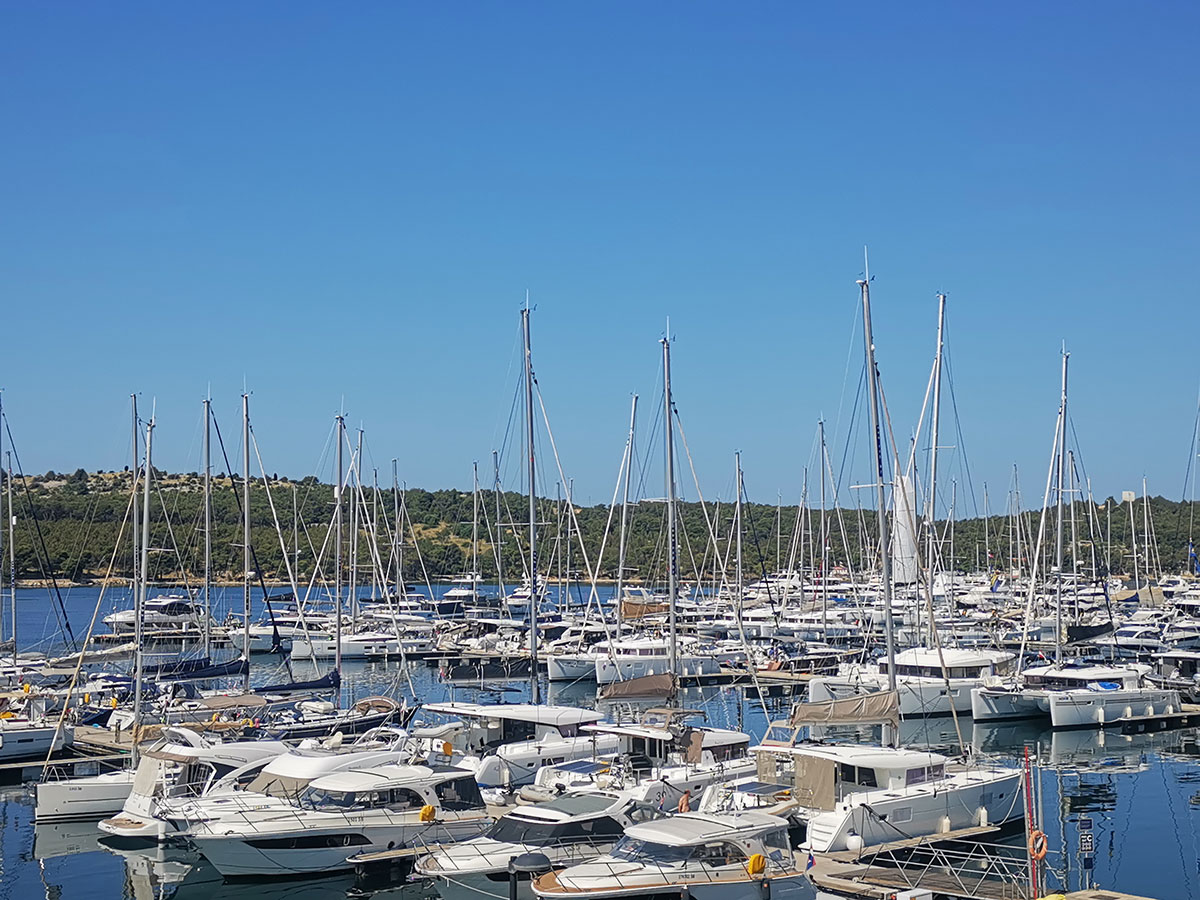 Even though recent advances in electric power have started to make electric propulsion a reasonable alternative to fossil fuels, range is still an issue. However, this is true in the case of diesel-powered engines as well. Improvements in lithium-ion battery performance are, and likely will continue to increase range every year. Additionally, electric power and batteries offer the bonus of being able to be recharged via solar panels, a wind turbine or hydroelectric power. Source

On yachts, adding a battery bank makes the most sense as an add-on in a hybrid scenario; where it complements another power source to increase flexibility. Besides reducing emissions, it also improves the maneuverability of the vessel, decreasing time and fuel spent to anchor in ports.

Introducing renewable power sources on your vessel will not only help reduce your emissions, but also scale down your fuel and maintenance costs. Indeed, installing the necessary systems onboard will result in an initially high investment, however they will provide you with clean energy, either assisting you in the transition to becoming a hybrid or fully electric vessel, or just supplementing your energy requirements.

Installing solar panels on a vessel is similar to installing them on your house with some structural differences to meet the unique demands and challenges of a marine environment. There are many benefits to having solar-powered energy production onboard besides the reduction in emissions. Reducing your reliance on fuel, reducing noise and fumes that usually come with the use of a diesel engine, lower running costs and less maintenance in the long-run, and no limitations on electrical use (you can crank up the AC during hot days) are some examples. Here you can find some examples of boats that are fully powered by solar energy

Catamaran builders, in particular, have been trying to capitalize on the extensive deck area of their vessels by fitting solar panels. Silent Yachts is ahead of the curve on this, with a 55ft catamaran whose 49m2 coachroof and hardtop are carpeted with 10kW of panels. On a sunny Mediterranean day, that provides enough electricity to run all the vessel’s systems and leave plenty for a few hours of electric propulsion. Luxury catamaran brand Sunreef, has developed cells that can be built into the actual fabric of the vessel, and French company SolarCloth is even attaching solar cells to their sails. Source

Here are some practical tips on the type of solar panels you should look at if you decide to transition to solar power, and what it takes to install them on your vessel.

Wind power has always been a part of sailing. However, because of its inconsistency and variability, it almost always has to be complemented by the power of an engine.

Wingit has developed a kite-boat system, where you can use the power of a kite to propel your yacht. Because it reaches higher up than conventional sails, it can catch winds that are twice as strong and create the power generated by a sail ten times over. The system can be installed on motor, as well as electric, sail or beach boats, enhancing a yacht’s range.

The hydro-generator is effectively a propeller which you drop over the back of the vessel, similar to a small outboard, which spins around with the water flowing, generating electricity to be fed back to the batteries on the vessel. Source

More recently, regeneration has emerged as an alternative. It harnesses the same principle but uses the auxiliary propeller to generate the power, so no need for a bulky transom unit or the braking effect of a second propeller in the water.

However you configure it, hydro can be a very efficient way to generate power, especially at scale. Source

Hydrogen fuel has the potential to be entirely carbon-free, producing just water as a by-product of its use.

Over a decade ago, it was believed that hydrogen combustion would be a useful stepping-stone to the implementation of hydrogen fuel cells, as it enabled manufacturers to use existing engine blocks and design. But soon it was discovered that burning hydrogen in a thermal engine is up to 50% less efficient than having it react with air in a fuel cell. It was also very noisy to start, therefore this approach was sidelined in favor of more innovative solutions. Source

Fuel cells have several benefits over conventional combustion-based technologies currently used in many power plants and vehicles. Fuel cells can operate at higher efficiencies than combustion engines and can convert the chemical energy in the fuel directly to electrical energy with efficiencies capable of exceeding 60%. Fuel cells have lower or zero emissions compared to combustion engines. Hydrogen fuel cells emit only water, addressing critical climate challenges as there are no carbon dioxide emissions. There also are no air pollutants that create smog and cause health problems at the point of operation. Source

Hydrogen powered boats: At 6 knots, the new Hynova 40 motorboat has a range of 69 miles courtesy of 22.5kg of hydrogen stored in three cylinders Source

However, at the moment, installing a hydrogen fuel cell is a rather costly propulsion system. Nevertheless, big engineering firms are building large fuel cell systems for commercial vessels, and this will have a trickle down effect in time. Source

Another issue at present is the lack of a proper distribution network, where hydrogen could be refilled. There are a few stations across the south-east of England, and in France the company EODev is building a floating hydrogen refueling station which actually makes its own hydrogen by desalinating and electrolysing seawater in the harbor. But if hydrogen-fueled vessels are to become more available, this network still needs to be extended.

Flax fiber has several benefits compared to glass or carbon fiber, which are usually utilized for the construction of boats. It is obtained from a natural and renewable source and is one of the world’s strongest natural fibers. Flax is a very water-efficient plant, and turning it into a fiber not only has a minimal CO2 footprint, but also produces no waste. 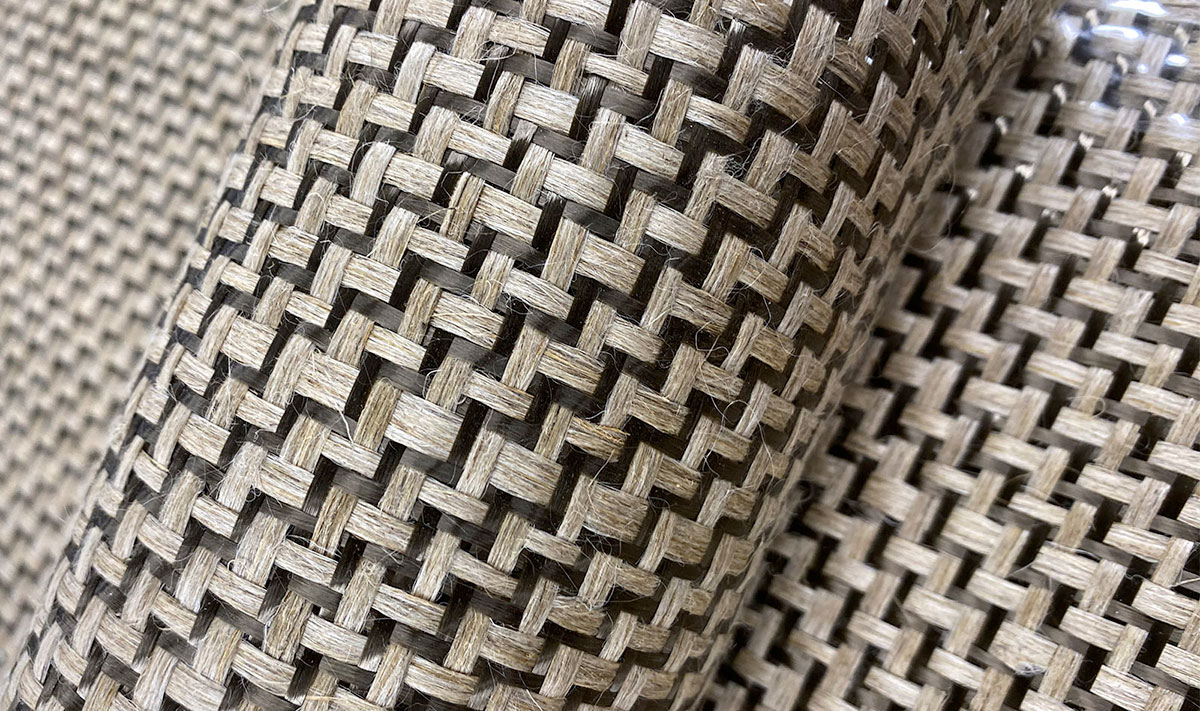 Can a Ship Run Purely on Electric Power?

Croatian shipbuilder Brodosplit, who is part of the DIV Group, has started construction on a zero-emission passenger vessel that will be completely powered by electric propulsion.

The ship will accommodate 24 passengers and use alternative propulsion technologies and energy sources to ensure sustainable sailing. The development is a collaboration between the ship builder and different scientific institutions, bridging the gap between the practical requirements and technological research.

Energy will be generated through two vertical wind turbines, photovoltaic solar panels on the roof and a system of ship propellers that will act as a water turbine charging high-power batteries in the lower deck. All the information onboard will be collected and controlled on the bridge. This includes meteorological data, all ship and propulsion systems, power supply to the batteries, operation of the engines, solar panels, wind turbines, hot water, and energy consumption. This will allow a centralized overview of all “expenses” in energy and help the management stay on top of the vessel’s requirements.

The ship is planned to sail the Adriatic coast during the domestic tourist season and then move on to destinations such as the Caribbean during the off-season. 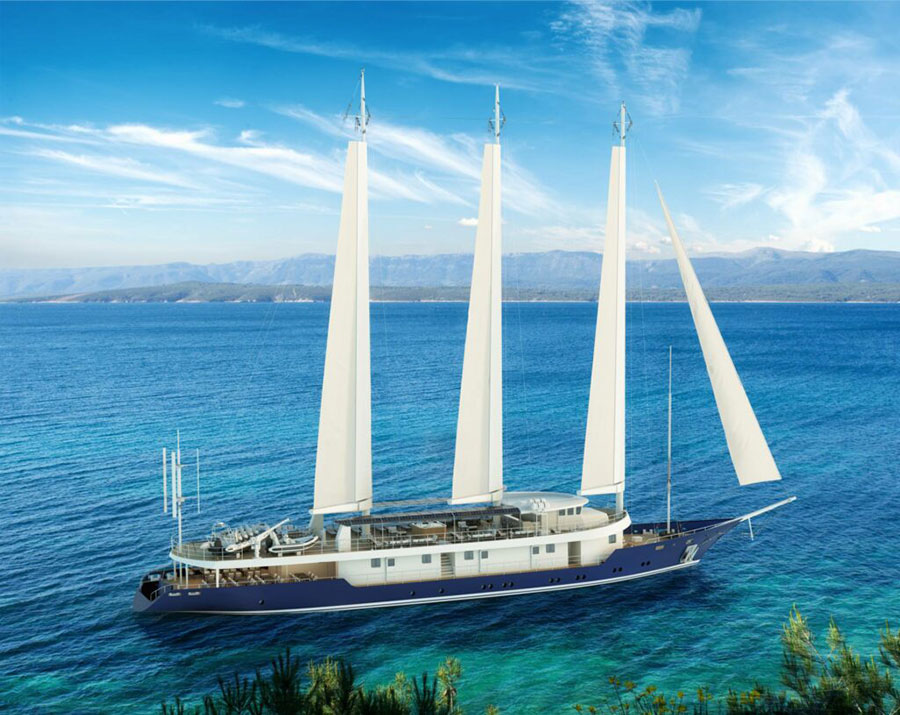 French company Enel have developed a sailing ship for the Andrea Fantini Racing Team to sail on their trans-atlantic race Transat Jacques Vabre. The ship is designed to sail across the ocean fully powered by electric and renewable energy. It has 8 solar panels installed on the deck and roof, a wind turbine and a hydro-generator, all of which produce energy to be stored in their two battery systems that can contain up to 3 KWh.

Besides these renewable energy sources, the vessel is equipped with an electric motor which runs on its own battery system. Additionally, similarly to the vessel designed by Brodosplit, all of the energy exchange data will be collected and managed through a centralized system. The data gathered during sailing will allow for the improvement in the development of renewable energy production onboard a sailing ship and help the technical team optimize the process.

Technological advancements are making it possible to transition towards a more sustainable sailing industry. Nonetheless, this transition is still in its early stages, which is why it is rather expensive and therefore not accessible to all vessel owners.

Before relying completely on technology to compensate for our carbon footprint, we need to reduce our emissions drastically! Make sure to follow our tips on how to sail responsibly on your trip!