How Tiny Plastic is Becoming a Big Problem

How Tiny Plastic is Becoming a Big Problem

It has been estimated that 4.8 – 12.7 million tons of plastic could be entering our marine environment annually. The majority is originating from land-based sources such as landfills and the remainder from other human activities such as fishing and cosmetic products used daily. The durability of plastic means it can last for centuries and as such, plastic pollution has been highlighted as a contaminant of our global environmental and economic concern.

Nice to Meet You, Microplastics!

Have you heard of microplastics, but have no idea what this term actually means? Microplastics are pieces of plastic approximately 5 millimetres in size that never actually degrade. How are microplastics formed, one might ask? Well, larger pieces of plastic in the marine environment are fragmented through the results of wave action, UV degradation, heat, physical abrasion or the biological disruption of microorganisms, and eventually become microplastics. They are made up of various types, including polyethylene (e.g. plastic bags, bottles) polystyrene (e.g. food containers), PVC or nylon. But what is more important is the fact that they currently represent 60-80% of marine litter. 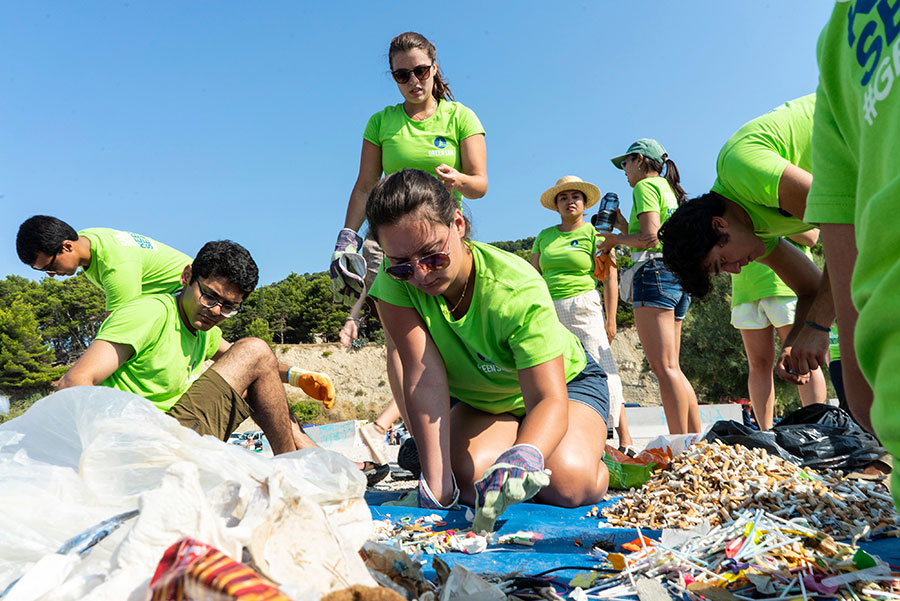 The Microplastic Journey to the Environment

What's more, microplastic residue also comes from boat paint. Therefore, coastal areas of high population density and industrial activities have been associated with the increased concentration of microplastics. Ready for a disturbing fact? It has been estimated that a 6 kilogram (13 pound) load of washing with acrylic-fibres (e.g. fluffy blankets) generates more than 700,000 individual fibres. Synthetic fabrics account for around a third of ocean microplastics.

In the Mediterranean Sea, 134 species fall victim to plastic ingestion. Since microplastic are very small, they enter the environment very easily. They are potentially bioavailable, via ingestion, to a wide range of organisms as they overlap with the size range of their prey. While crisp packets and cigarette butts have been found inside larger fish, it is even more worrying that small fibres and microplastics have been found in mussels and oysters. In 2017, researchers also found that 25% of marine fish tested in markets in Indonesia and California had plastic and textile fibres in their guts. 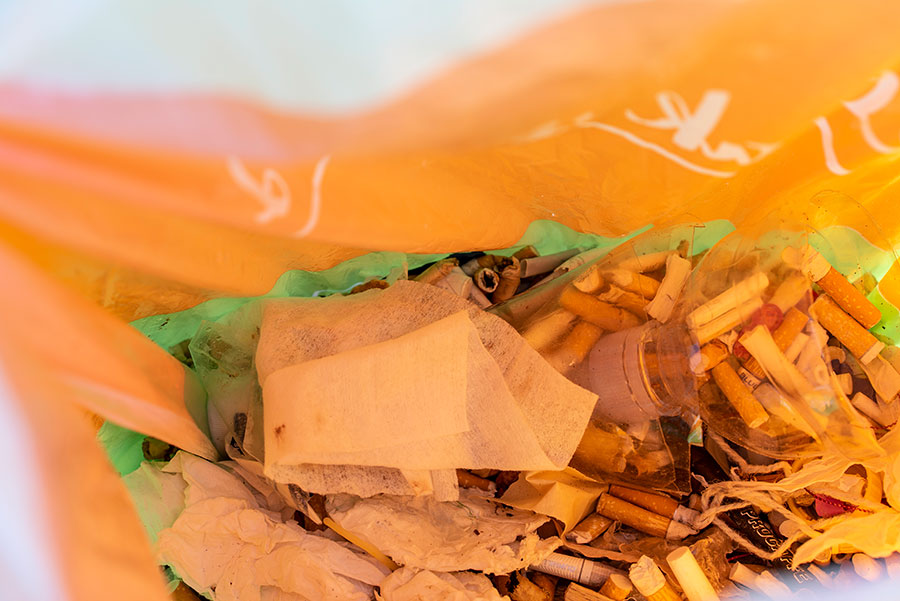 Organisms which are found in high abundance in these areas, such as zooplankton, are at an increased risk of microplastic ingestion. Zooplankton comprise of many different species. Many feed on phytoplankton and pass this energy upwards through the food chain. This is again worrying considering that zooplankton are an integral food source for many secondary producers, such as commercially important fish and cetaceans. In addition, they may be consumed by other zooplankton.

Apart from that, they also play a crucial role in ecosystem functioning, including nutrient and carbon cycling. For example, through the processes of ingestion and metabolism, zooplankton are integral to the biological carbon pump by feeding in surface waters and producing sinking faecal pellets.


One Glass of Microplastic, Please!

As microplastic pieces undergo further degradation and fragmentation, the abundance of microplastic that becomes available to organisms could increase with time. Since they are transported through the environment very easily, microplastics occur in the food we consume on a daily basis (e.g. honey, sugar, rice, pasta, bread, milk, tap water and even beer!).

As they become bioavailable, microplastics enter the food chain and accumulate in organisms. Humans, as the last part of this chain are becoming the “biological storage“ of microplastics. Recent studies have shown that we eat 5 grams of microplastics per week on average, which is the size of one credit card. However, the exact effect on the human body has not been proven yet since it is still an unknown element in our environment, food and body.

How Do We Fight Microplastics?

Although it is very difficult to avoid plastic these days, there are still things we can do to decrease our plastic waste. You can always use your own reusable bottle or grocery bags and, by shopping at local markets, avoid plastics and help support the local production and economy. If you think plastic is impossible to avoid, just try a “plastic free” day, one day of the week, and still help create a brighter future for our environment.

Find out how to live with less plastic in our other blog article!